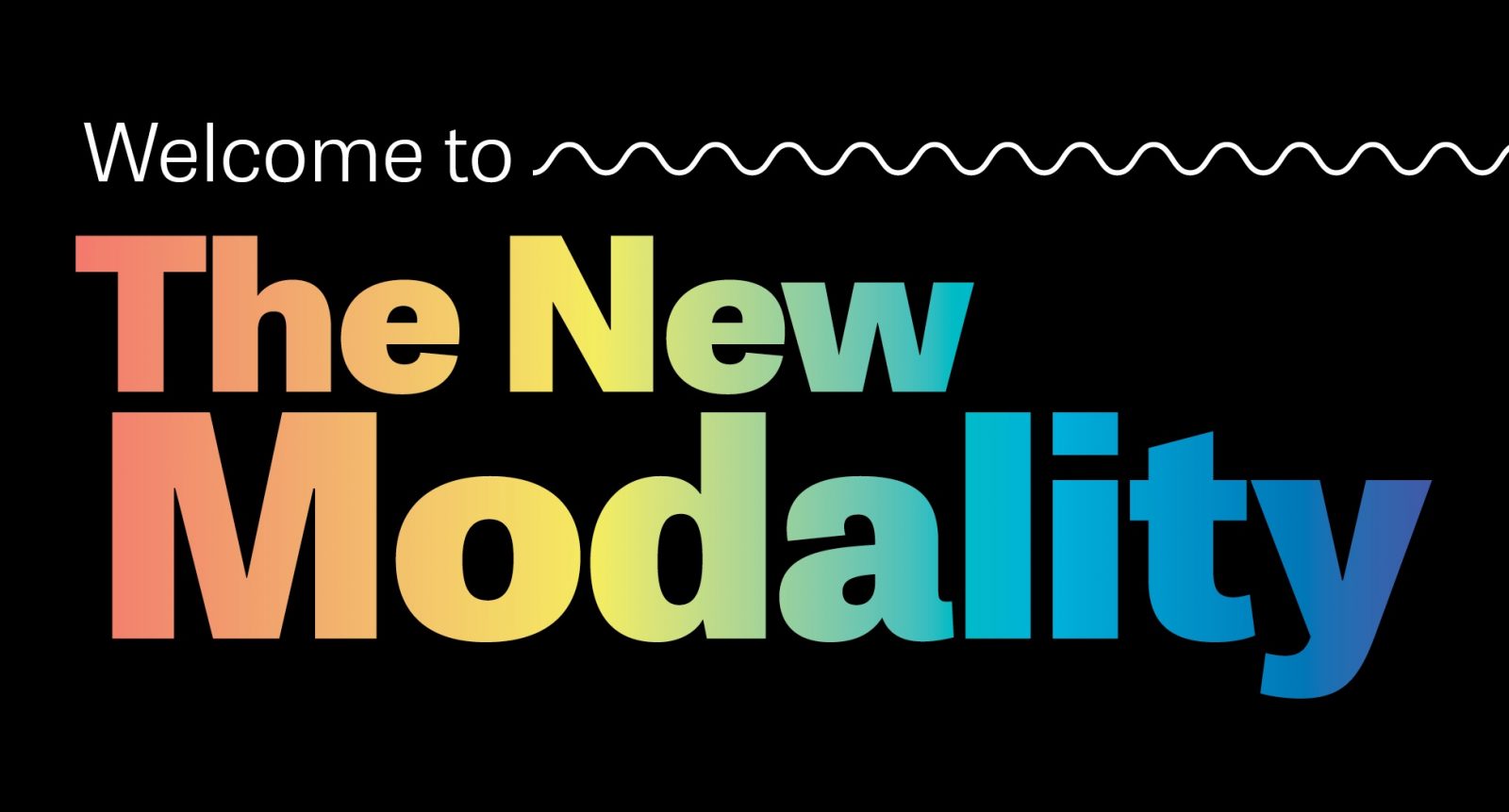 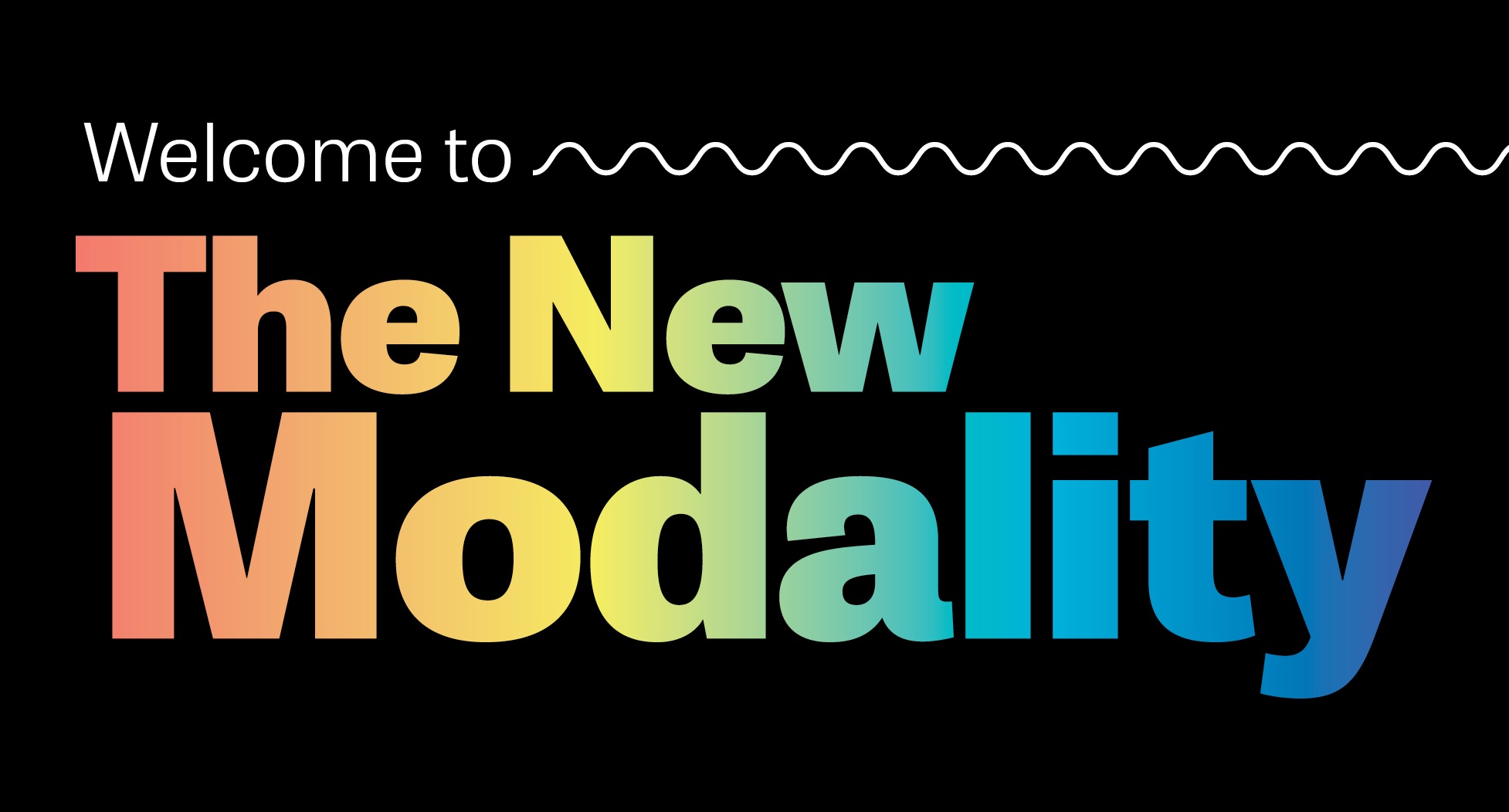 Letter From The Editor
and Table of Contents
for Issue One

What is a meaningful life in this rapidly changing world? At The New Modality, it’s our mission to explore that. Optimism and hope have been key parts of our perspective since before our official founding date last year, in August 2019.

Today, however, I write to you from a pandemic. Nobody knows what’s coming, but we know it will be awful. I’m writing this letter on April 21st. When I think back to life several weeks ago, it feels like years have passed. It’s hard to imagine what life will be like several weeks in the future, when our earliest backers receive Issue One.

The world is changing, all right. It’s happening faster than I’ve ever experienced in my life. COVID-19 seems conjured directly from our collective unconscious. Across the internet, I’ve seen "jokes" that this is the revenge of the natural world for the damage we’ve done, or that it’s God’s punishment for our sins — or that it’s a tough-love intervention to help humanity understand the consequences of our actions.

In an era marked by widespread isolation, the pandemic reinforces loneliness by forcing us to stay away from each other. At a time when many are losing faith in institutions, it hammers cracks in the foundations of society. In an age of spiritual uncertainty, it brings us face to face with mortality.

Still, even now, I believe we can build a better future together. I believe in the vision we’ve built in these pages, a collective vision of a better world. In Issue One of The New Modality, you’ll find the wildness of cutting-edge art — and you’ll learn how people make wild art parties safer. You’ll find paradigm shifts and adventures in epistemology — spiritual, scientific, technological, societal. Above all, you’ll discover people building strong communities within a culture of unprecedented choice, diversity, and freedom — whether at weddings, in co-living spaces, through shared projects, through radical co-parenting, or with transformative approaches to community justice.

How can we contribute and be of service in this rapidly changing world? What does it mean to co-create integrated worldviews, a lifestyle both thoughtful and fulfilling, a shining vision of the future?

How can we contribute and be of service in this rapidly changing world? What does it mean to co-create integrated worldviews, a lifestyle both thoughtful and fulfilling, a shining vision of the future? We plan to keep exploring these questions. If you’re not already a subscriber or receiving our free email newsletter, you can sign up for either or both. We look forward to continuing this conversation with you here, there, and across the world.

Now, more than ever, is the time for hope.

The above letter appears in Issue One of The New Modality, in print, which you can buy here. Here's the Table of Contents...

Table of Contents: NewMo Issue One
(The first copies reached our earliest backers in June 2020; buy yours here!)

"Weddings Outside Tradition: How To Get Married Without Selling Out," by Jessica Carew Kraft

"The Great Showdown of Hierarchical Polyamory vs. Relationship Anarchy: Why People Are Passionate About the Differences Between Two Models of Non-Monogamy," by Kat Jercich

"What It Takes To Get Your Art Banned At A Giant Psychedelic Party," edited by Lydia Laurenson, with original illustrations by Stephen Lim

"Book Review: The Philosophy and Impact of Burning Man — The Scene That Became Cities, published 2020 by Caveat Magister," by P Segal, with photographs by Tom Stahl

"Can We Pass Our Species IQ Test?: An Interview with Deborah Parrish Snyder of Synergia Ranch,” by Sarah Henry

"The American Seekers Who Found Santería: Notes On A Grassroots Spiritual Tradition From Cuba," by Rebecca Bodenheimer

“Immerse Yourself in New York City Online — Excerpt from A Game Lover’s Tour of New York City: A City Guide to Inspire the Love of Game Creation & Playing (2020),” edited by Michael T. Middleton

"Optimism In The Age of Climate Change: Climate Collapsers Command a Cult Following Around The World — But Should They?" by Michael J. Coren

"Modern Magical Realism on Twitter: The Exquisite Modalities and #invisiblenetworks of @ctrlcreep," by Jonathan Stray and Lydia Laurenson

"The Ideology of Transhumanism: The Ethics of Transcending the Physical Body," by Anna Lewis, with an original illustration by Visual Scientist a.k.a. СЛАВА СЕМЕНЮТА

"The Future of Lunar Exploration and Settlement: Actual Scenarios For Planning Governance and Policy on The Moon," by Jessy Kate Schingler

"Can Humans Be Hacked?: A Semi-Technical Investigation Into Whether Artificial Intelligence Can Control Our Minds (Yet)," by Stacey Svetlichnaya, guest edited by Jonathan Stray, with an original illustration by Christina Lastovska

"A Citizen Science Dinner Party at the Social Observatory," by Grant Currin

"Innovation in an Ebola Epidemic: Interview with Ka-Ping Yee," by Lydia Laurenson

"Climate Change Heroism In The Insurance Industry: How Insurance Can Help Us All Build Climate Resilience," by Shanna McIntyre, with paintings by Suelyn Yu

"The Economics of Culture, Values, and Meaning: Interview with Tyler Cowen," by Lydia Laurenson

"How Do We Combat Polarization Online?" by Helena Puig Larrauri and Maude Morrison

"What Does It Even Mean To Innovatively Give Money Away?: Interview with Colleen Gregerson," by Lydia Laurenson

"The Bard Takes Minutes: What Professional Workplace Teams Can Learn From Roleplaying Games," by Terry Johnson and Hakan Seyalioglu, with original illustrations by Raul Higuera

"The Nitty-Gritty: Sexual Violence and Transformative Justice in Alternative Communities — How The Radical Justice Systems of BIPOC and Activist Communities Are Influencing the Counterculture," by Mischa Byruck, with original illustrations by Amandine DeLauney

"An Actual Co-Parenting Contract: How An Asexual Man Figured Out Parenthood With a Heterosexual Couple," by Lydia Laurenson

"Is The New Modality Really New?" by Caveat Magister, a.k.a. Benjamin Wachs

Issue One was put together by the NewMo Core Team!

Our amazing community of Catalysts and advisors

And our incredible Kickstarter Patrons!
(In alphabetical order)

Everyone on the above list backed us at the Patron level or higher, which is why they get this special Patron credit! With that said, we had 334 total Kickstarter backers, plus non-Kickstarter donors, plus many community members who backed us in ways unrelated to money. We are grateful to each and every one of you.