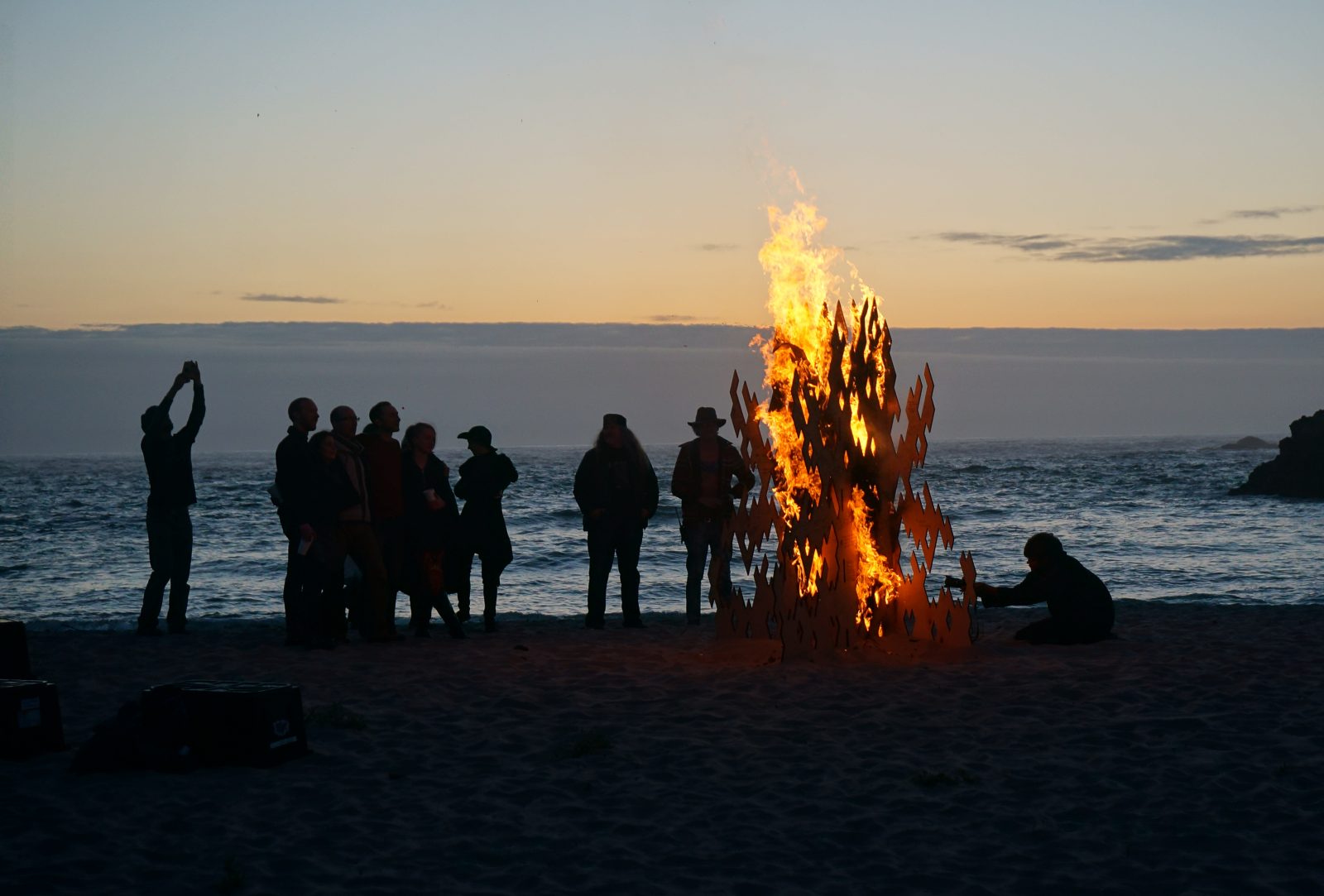 People ask me all the time if The New Modality is actually new. And now I don’t have to answer myself! Benjamin Wachs, who’s often described as a core member of Burning Man’s Philosophical Center, did us the favor of answering the question here. (If you decide to look up Wachs’ writing at the Burning Man blog, note that his handle there is Caveat Magister, which I do believe translates to "beware of teacher.")

It’s not surprising that one of the first questions people ask about “The New Modality” is … is it really new? Is this modality, in fact, original and fresh, or merely a paint job shellacked onto one of those old modalities we have lying around the shop?

I’m often described as Burning Man’s resident philosopher, so I’m used to getting this question in relation to Burning Man. Half the people I hear from treat Burning Man as if it were an unprecedented step in human evolution, and the other half think it plagiarizes the Celtic pagans, the Greek mystery rituals, or this guy they used to know with a fire pit.

When you think about it, it’s somewhat odd to describe the act of people burning something together as a new step in human culture. And yet many people strongly believe this of Burning Man. In his 2004 book This is Burning Man, Brian Doherty wrote that for all its similarity to other rituals — Celtic sacrifices, Zozobra, Rainbow Gatherings — Burning Man is unique, and indeed “has no real parallel.”

With all due respect to Brian, that’s stretching things.  Not only are there parallels, but he listed some of them. Of course there are parallels.  He didn’t even mention the medieval carnivals.

And yet … and yet … so many smart people, like Doherty, look at what a group of artists go to the desert to do — the same environment out of which the major monotheistic religions emerged thousands of years ago — and say “oh, this is new, this is different, this is interesting.”

That paradox is the heart of the New Modality: not just the publication, but the phenomenon we’re studying.  What’s new is very much wrapped up in — sometimes even hard to distinguish from — what’s old.

Does this mean that the way forward is to look at important events and activities and carefully sift through them to find the new and precious, like a 19th century California prospector searching for gold?  “Seen this before, seen this before, oooh, this looks shiny and novel, but I’ve seen this before, and this, but this might be different …”

I think that’s a terrible approach, first because by being so quick to discard the past we are incapable of learning from it.  An attitude that says “only the new is relevant” is going to discard most of the best things ever thought and produced, in order to cling to trendy bullshit.  Screw that.

The absurdist playwright Eugene Ionesco said that it’s the job of the avant-garde to rediscover eternal truths.

But just as importantly: an approach that tries to segregate the new from the old as if they were wholly separate substances misses something very important about the nature of truth itself.

Truth exists in time and context.

Yes, sitting around a burning object may be one of humanity’s oldest pastimes. But doing it means something fundamentally different in a world of smartphones, airplanes, and an always-on global economy, as opposed to a world of subsistence hunting and gathering. In fact, there are ways that it’s an essentially different experience.

Similarly, other examples where we often see the New Modality — a worker-owned co-op, an artist’s colony, a meditation retreat — these are activities people have done across the ages of history. But we live in a context unprecedented in human history, and that changes much. A first marriage, a second marriage, and a third marriage — all are marriages, but if you’re actually learning from experience they’ll be very different relationships. (God, I hope so.)

The fact that there are parallels isn’t disqualifying. It’s valuable.

That’s what we’re doing. That’s the New Modality. Not the novelty of the cutting edge, but the emergent wisdom of the present.

The absurdist playwright Eugene Ionesco said that it’s the job of the avant-garde to rediscover eternal truths. Psychologist Victor Frankl, who wrote the influential Man’s Search For Meaning, said that every age needs to invent its own psychology. For classical wisdom and “eternal truths” to be usefully learned and applied, they must be recontextualized — and in that recontextualizing, we will discover the unique wisdom of this time, and our place, a discovery that shows us the best path, the most joyful path, to the future.

That’s what we’re doing. That’s the New Modality. Not the novelty of the cutting edge, but the emergent wisdom of the present. Not something that has never been done before, but what we are coming to understand about the human psyche in a hyperlinked, post-Freud, post-post-modern world filled with opportunities and challenges that our ancestors huddling around the fire could only dimly imagine as mythology.

They weren’t wrong. And we are called to do for our descendants what our civilization-building ancestors did for us. We start, not by rejecting the fire pit as been-there-done-that, but by sitting around it, and telling our old and new stories side-by-side, and realizing that in this moment something new and different is being born — so that when someone says “do you want to try my virtual reality fire pit?” we understand what we have to gain, what we don’t want to lose, and what we can yet only comprehend as mythology.

This was written by Benjamin Wachs and edited by Lydia Laurenson. For more about our transparency process, check out our page about truth and transparency at The New Modality.