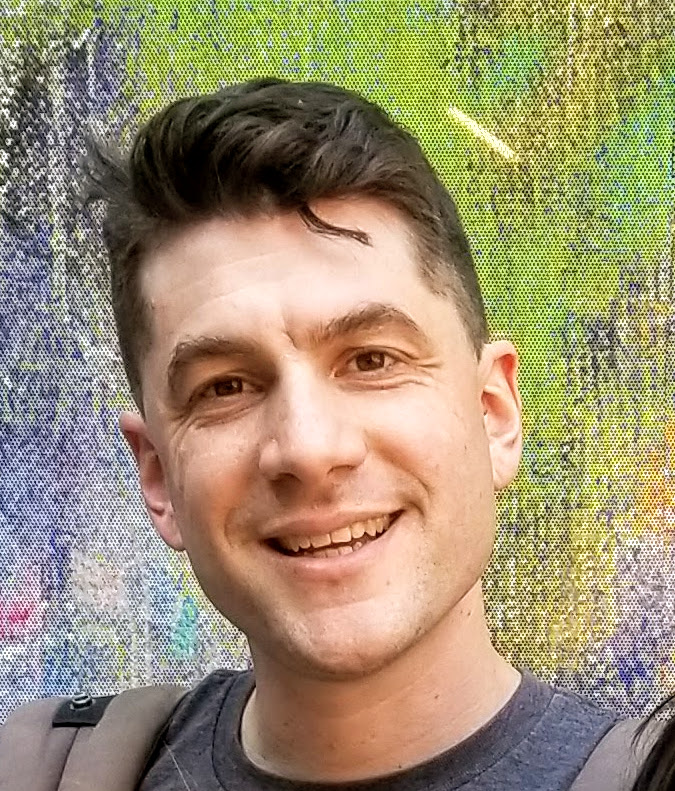 New Modality Catalyst:
David Jay on the culture of both family and technology

David Jay has been exploring the ethics of identity, culture, family, and technology for most of his life. He's also one of our Catalysts, and we featured his family in one of our Issue One articles, "An Actual Coparenting Contract Plus Tips For Creating The Arrangement: How An Asexual Man Figured Out Parenthood With a Heterosexual Couple." Here's a bit more about David:

I would say: "David Jay is the founder of the world's largest asexual community, one of the first people to take advantage of California's law enabling third parent adoption, the inventor of a mathemical framework for measuring and predicting relationship growth and a leader in the movement for humane technology. Since childhood David has been fascinated with understanding and enabling new models of meaningful connection, from alternative models of family to relational movement-building tactics. He sees numerous parallels between his work helping other asexual people explore and express their identities, helping people explore paths to family that break out of a traditional romantic script, and working to change the culture of large tech companies to better understand and enable meaningful human connection.

"David serves as the Head of Mobilization at the Center for Humane Technology, where he supports numerous individuals and teams advocating to bring the culture of large tech companies in closer alignment with our humanity. As the board chair of the Asexual Visibility and Education Network he has worked to de-list asexuality as a mental disorder, supported educators and organizers around the globe, and been featured in multiple feature-length documentaries. He regularly advises a wide range of community-based organizations and political campaigns on movement-building strategies that center meaningful human relationship.

"David lives with his two coparents and his daughter in San Francisco."

“It was a beautiful moment to witness how movements scale differently than how startups or technology scale. ”

Recently I went to a conference organized by the mentees of one of my mentees. It was a 150 person multiday even organized by about 16 people who had been mentored into leadership by one of about 25 people who I have seriously mentored into leadership over the past decade. Each of these 16 people had had their lives transformed for the better by the experience, pulling off this conference together was clearly letting them realize how powerful they were and inspiring them to do even bigger things together. Meanwhile my mentee, who'd been working for years to build up her community of leadership, saw how these 16 people stepping up created an opportunity for her to step back to focus on her own life and the next steps in her work. All while the 150 people attending the conference were getting plugged in and activated for the first time.

It was a beautiful moment to witness how movements scale differently than how startups or technology scale. Our growth curve is exponential but moving at the speed of human relationship. The result is not millions of people with the same software on their phones, but millions of people with their own niche in a coral reef: ready to evolve something new and able to quickly build trust and collaborate with anyone else in the community.

At the Center for Humane Technology I've been leading an initiative around the intersection of social media and social isolation. We're facing a global crisis of social isolation that contributes to everything from obesity to violent extremism. There's great research on how social platforms can both help to address this crisis and make it worse, but many internal product teams aren't familiar with this research or don't know how to apply it to a product development process. We're closing the gap by building a network of leaders inside of tech companies who take this crisis seriously and arming them with the research and design methodologies necessary to change the impact that tech companies are having.

I've always been fascinated with the Manhattan Project. My grandfather was offered a spot on the Manhattan project and turned it down, but I grew up playing with the grandkids of many of the people who worked either at the University of Chicago or at Los Alamos. It's one of the first times in history that the smartest scientists in the world are convened, given previously unimaginable resources, and succeed in solving an impossible-sounding problem with world-changing implications. Everything from the Apollo Program to the Googleplex have inherited both it's ostentatious attitude and its hubris. Scientists on the project were both brilliant and utterly unprepared for the implications of the power that they were creating. They both skated through theoretical and practical problems that should have taken decades and died from tinkering with plutonium cores without proper safety procedures.

I'm really excited about the growing number of people exploring alternative paths to family. I spent a good chunk of my life figuring out how to form committed relationships that didn't follow a romantic or sexual script, understanding how to make my friendships intentional and committed enough that we could do things like raising kids together. Now more and more people who are excited to start families are interested in doing the same thing: intentionally constructing communities of childrearing that aren't limited to romantic partners and blood relatives. This isn't new, it's happened in queer communities and collective houses here in San Francisco for decades, but it's being adopted now in ways that are historically unprecedented. We could be headed towards a world with a radical new definition of family, one where parents lives are a lot more balanced and where it's easy to play an important role in a kids life without having one yourself.

In 1949 a cryptographer named Claude Shannon invented the bit and transformed how we work with information. Information used to be this ephemeral concept: books and music and pictures were all different kinds of information that were handled differently. But with Shannon's information theory they could all be broken down to the same unit. If you could find a way to store bits, to transport bits, and to process bits you could deal with any kind of information imaginable (and many kinds that hadn't been imagined yet.)

I envision a similar transformation in the way that we deal with relationships. Right now there are many kinds of relationships: romantic, professional, ecological. Each have their own kind of expertise, their own measurements, their own conventions for protection and nurturance. But what if we could understand the fundamental thing that all of these relationships have in common? What if we could build systems to measure and facilitate relationship growth with the precision that we build systems to transmit and process information? We'd live in a world where creating the relationships that move our lives forward would be a reliable, well-understood process rather than a roulette wheel, where dating apps and social networks would be replaced by scientifically optimized tools to help us nurture exactly the relationships we need to move our lives forward. Social isolation would be rare and easily avoidable. Building trusted relationships with potential employers, collaborators or funders would be as seamless as looking up information on Wikipedia. When people get concerned about large-scale problems like climate change large-scale collaborations with enormous power would emerge quickly and seamlessly, enhancing the intelligence and agency of everyone involved.

As the founder of the modern asexual community I know what it's like to be the subject of fascination in the media. Most publications are more interested in addressing reader's misaligned questions than in truly investigating what our community is about. The New Modality understands how to take a deeper look, capturing the lived experience of those pushing the bounds of culture, the risks they're taking, and the transformative potential of their work.

You are never too old to set another goal or to dream a new dream.