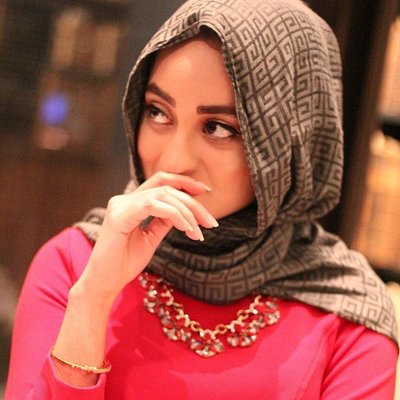 Eeman Abbasi has done various types of web production for The New Modality. She's passionate about interdisciplinary and cross-paradigmatic thought. As such, her academic background is in Physiology & Neurobiology and Human Rights. She is particularly interested in global and local health development, political philosophy and religion, the food industry, and how all of these seemingly disparate topics intersect and inform one another.

It's been amazing to see how people responded to the global pandemic by realizing the opportunity we have to (re)build a world that we and our future generations would want to live in. I spend time in disparate spaces; religious communities have realized they're facing a crisis of relevancy, and scientific communities have realized they're facing a crisis of meaning, and both are verrryyy slowly realizing that they can overcome their individual existential crises by collaborating with and respecting each other (I find the binaries between these communities to be rather artificial). I love watching self-described 'rational' people discover spirituality for the first time and recognize the value of traditional knowledge. And so, I'm looking forward to how our technological progress can incorporate this type of ancestral wisdom about how we should govern ourselves and the world around us.

Samo Burja wrote a great piece for Palladium Magazine about the social engineering behind NASA's Apollo Project. He describes the type of coordination and excellence necessary for NASA to send man to the moon and it's one of the most inspiring episodes of history I've learned of recently. It'd be an honor to build or even serve in such an ambitious and well-managed institution as NASA was at that time, few of which remain today.

I'm fascinated and alarmed by how things like TV and the Internet have enabled 24/7 global communication and dissemination of information. I see how this has radicalized even the most "normal" non-expert people into political ideologues, where people form their entire identities around a political ideology, the value of which they've often never independently rationalized. These technologies have also increased the amount of 'noise' we consume, dulling our critical thinking capacities. They make me more excited about projects (like The New Modality!) that try to maintain intellectual humility and openness, something I strive (and often fail) to embody.

I co-founded and write for a multi-media online publication called Traversing Tradition. We examine modernity through a Muslim lens. You can also connect to me through Twitter @eemanabbasi.

Who created this profile?

This profile was a joint effort between Lydia Laurenson, editor in chief of The New Modality, and Eeman herself, so its truth value is a bit recursive. Nobody fact-checked it, but we're pretty sure it's all true. (In all seriousness, you can learn more about The New Modality's fact-checking and epistemological ideas by reading the page about our process for truth and transparency.)