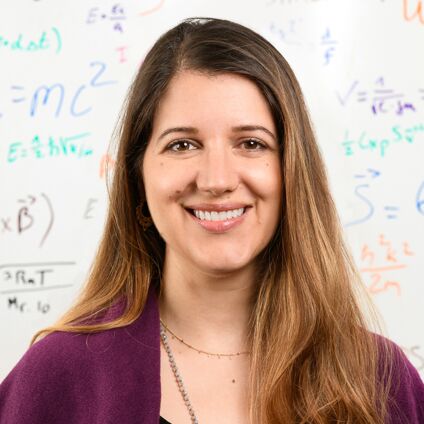 Rose is an entrepreneur and political organizer, and was part of the original core team on The New Modality! Although she's since moved on to other projects, Rose's influence is still felt and appreciated. Here's more about this NewMo Catalyst.

Hi Rose! How would you present your bio?

Here it is: "Rose is an entrepreneur and political organizer who is passionate about using technology for social good. In 2013, she founded HandUp, a fundraising platform for homeless people and neighbors in need that helped raise over three million dollars towards food, housing, and medical care. HandUp won the Webby Award for Best Charity, People’s Voice, in 2015.

"Before founding HandUp, Rose worked as the Chief Operations Officer of SuperBetter Labs, a health improvement app founded by game designer Jane McGonigal; before that, she was a data researcher at Inigral Inc., a social media company working in the education space, where she crunched data to help students succeed. She also served as a regional data manager for Barack Obama’s 2008 presidential campaign organizing thousands of volunteers and spreadsheets (while sleeping very little)."

I love political organizing, both working on Obama's campaign, and more recently, running large fundraisers to help flip Congress for Democrats. Political campaigning is so unsexy, but there’s also something really satisfying about it. I’ve personally seen small acts and small groups of people make a big difference and live by the mantra to “just do something, however small, about the problems we see in the world, however large.”

Science Hack Day, an event I helped run for 6 years with Ariel Waldman and others, is another project I really enjoyed. We brought together scientists, engineers, designers, and other enthusiastic people to spend a weekend hacking on science projects. The idea was to make science fun and accessible to everyone, with or without a Ph.D. The results were amazing, and some have even gone on to influence bigger scientific research.

“Political campaigning is so unsexy, but there’s also something really satisfying about it.”

The New Modality is such an important project because we’re at this really interesting time where we’re re-examining so many different parts of our culture: how we live, how we organize our families and relationships, how we eat, how we structure companies — and playing with new (and old!) ways of doing them. NewMo gives a voice and a platform to these experiments, helping us share stories and templates with our community and the world beyond. These stories and systems are often siloed in different single-interest communities, and NewMo brings them under one umbrella. It’s giving a name and face to a counterculture movement that’s happening all around us and I can’t wait to see where it goes!

This profile was edited by Michael J. Seidlinger. Michael is a writer, editor, and creative entrepreneur living in New York City. More about Michael at his NewMo profile