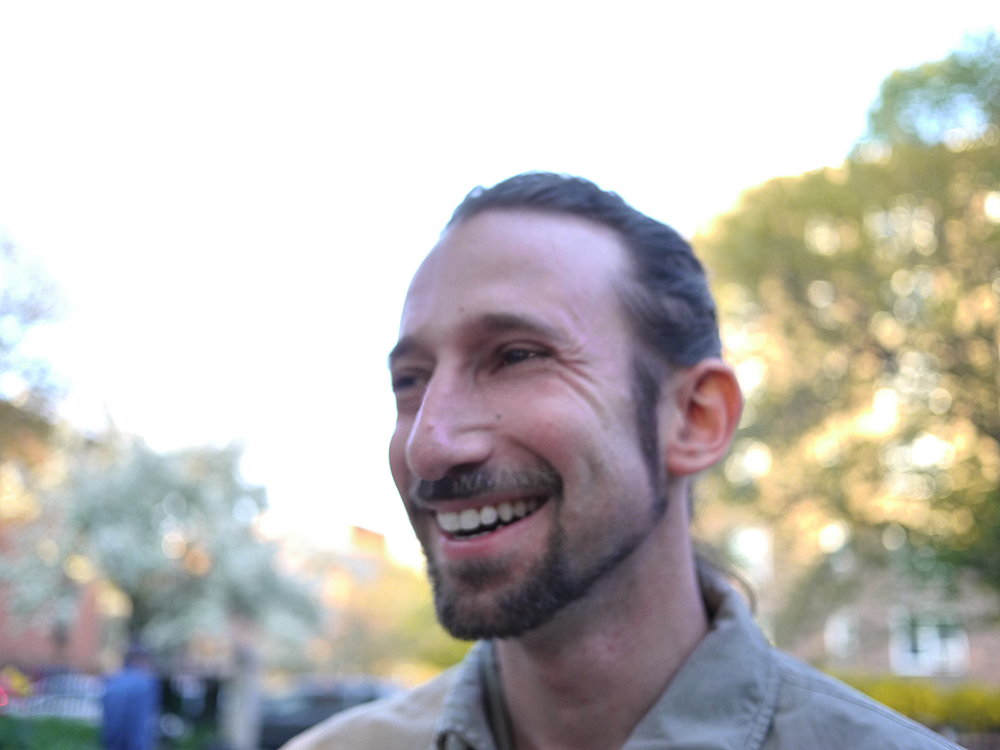 Abraham Burickson is the principal of the Long Architecture Project, which works with people who are designing their homes to analyze their values, life goals, and aesthetics, in order to create an environment that inspires them throughout their lives.

He's also the co-founder and artistic director of Odyssey Works, a group that produces in-depth art experiences for an audience of one person. As the New York Times once described it, "Rather than a single artist creating for a general population, Odyssey Works directs many artists at a deeply researched population of one. The intricate creations that converge in the group members’ weekend-long performances — sound installations, films, performance art and more — exist only for their chosen subject, whom they’ve come to know very well. Then it all vanishes. The idea is a beautiful inefficiency: a tiny but infinitely more affected audience."

He's also one of our NewMo Catalysts — and he once did an interview with us about his experience of spirituality and how that affects his architectural thinking. Here's a bit more about him:

I run the boutique experience design and architecture firm The Long Architecture Project and teach at the Maryland Institute College of Art.  In 2010, my collection of poems, Charlie, was published on Codhill Press. I co-wrote a book with Ayden LeRoux, Odyssey Works: Transformative Experiences for an Audience of One, which was published in 2016 by Princeton Architectural Press. In 2018, I was awarded the Mary Sawyers Baker Prize for Interdisciplinary Art.

What’s a specific project that you’re excited about right now?

Right now I'm really excited about the Long Architecture project. For years I have been troubled by the way architecture is practiced, how short-sighted and object-oriented it is. I have long seen the moment of designing a piece of architecture — be it a home or a museum — as a moment of designing an intentional life. There's no reason why each design can't be a utopian vision. The work unites what I've been doing with Odyssey Works with my design practice.

I'm really excited right now to see people pushing the world of experience design into broader and broader practices. I have been applying experience design ideas to architecture and performance in my own career, but I've seen people applying them to hospice, HR, travel, walking tours, musical performance, holiday making, and more. It's exciting because I think the experience design practices allow for the designer to think bigger — to think about the impact of what they are doing and about the relational and ethical sides of what they are doing in a more tangible, immediate way.

Odyssey Works, which I co-direct with Ayden LeRoux, is just about to announce its first-ever performance in Europe. We'll be putting out a call for applications to be our audience of one. We have a pretty good following in the US, but a much smaller one in Europe (mostly in the UK, whose status as Europe is particularly tenuous right now!) I'd love to have help from folks getting the word out over there.

If you or someone you know would love to have an artistic experience made just for you and can go to Lisbon, Portugal, then learn more about the application process here.

This profile was edited by Katie MacBride. Katie is a writer and a co-founder of Anxy magazine. More about Katie at her NewMo profile