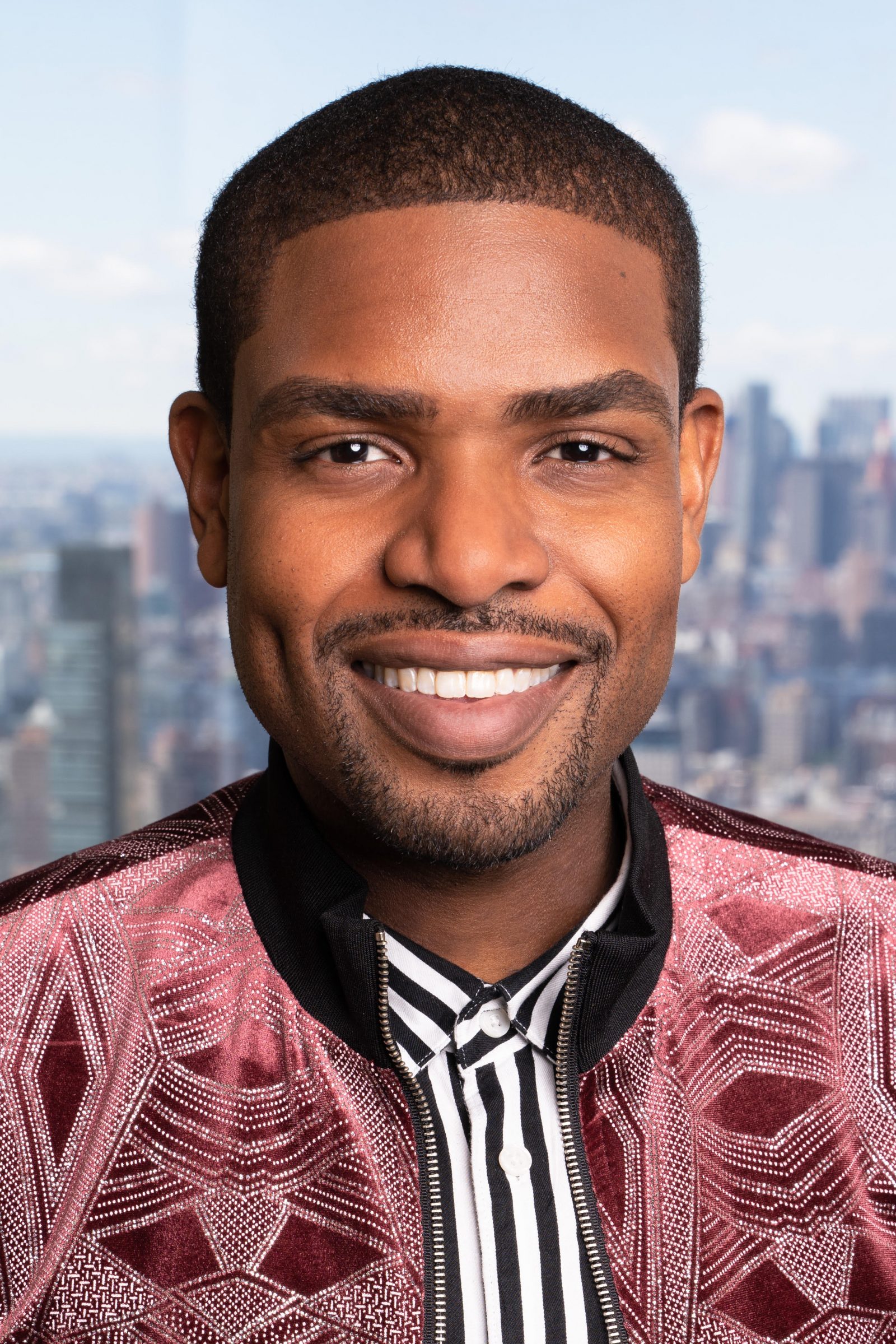 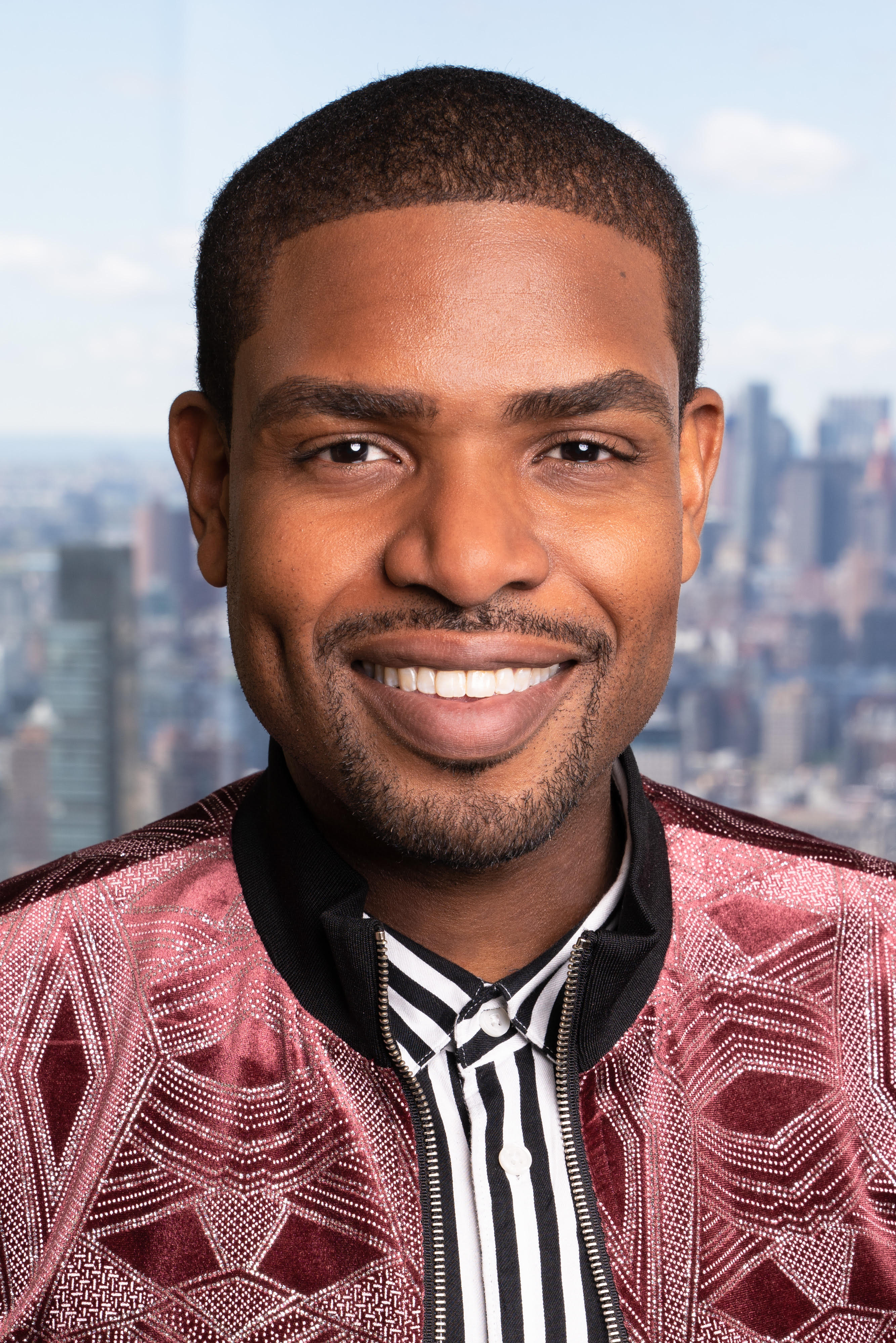 williambryantmiles is a creator and consultant born and raised in Brooklyn, New York. His work focuses on authentic stories about Black people told in new and different ways and in unusual spaces. He is the co-creator of Show:UP!, a unique immersive experience, and is currently developing a screenplay celebrating Black gay men. As a consultant, he provides strategy and business plan development to arts and cultural organizations at pivotal moments of change. His professional experiences and education have taken him all over the US and England. Here's more about this NewMo Catalyst.

What are some of your favorite past projects?

At Show:UP!, we’ve done 30+ experiences. Our most ambitious was called "City of Dreams." [Editor's Note: Here is a review of "City of Dreams" in the immersive coverage publication No Proscenium. I can also personally attest I saw one show by Show:UP! and it was brilliant, different from any other immersive art I've seen. — editor LL]

Show:UP! is hard to describe and I try not to make it sound like one thing, but it's like if a reality show, a dinner party, and [the long-running NYC immersive theatre production] "Sleep No More" had a baby. It’s an immersive interactive experience that unfolds around you. It’s a TV show you get to participate in, a reality show that you get to be a character on. We call the production company Show:UP! because if you can just get someone to show up, they get it.

When I saw Show:UP! and you took audience questions afterwards, I remember that I asked what other immersive theatre productions you would recommend in New York, and you said that you don't attend immersive theatre. That made me wonder how you and your group produced such a brilliant immersive art piece, when you aren't going to other immersive events. What principles are you working from?

I have seen some immersive art productions, but I find a lot of interactive experiences to be either really corny, they’re hokey and just not cool — or they are beautiful, exquisitely executed, and hollow.

When we started developing Show:UP!, I was bored and upset and frustrated with the lack of diversity in theatre. It wasn't just on stage. Theatres had been working to get grants and everything, so you were seeing different faces on stage. But the audience was very homogeneous. For me, I believe that was rooted in the fact that the process of coming to theatre has become uncomfortable for people, especially for people of color, especially young people of color.

The idea that you have people, a whole generation of people who don’t know life without touch screen phones, and you tell them they can’t use a phone in a theatre — I don’t know if contradictory is the word, but it’s just not smart. And then the idea of not being able to eat in the theatre still befuddles me. I don’t understand what that’s rooted in, other than just, like, a desire to control people . . .

Aren't there clean-up elements with food in a theatre?

So yeah, I was frustrated with my POC friends not coming to my theatre productions. They would be nice and support insofar as buying a ticket and texting the day of, about why they couldn't come — or they might come late and leave early. I thought it might be because they just weren't enjoying themselves. So I challenged myself to try to create something that my friends wanted to come to. Something they'd be excited about, even if I wasn’t associated.

Oh, and the other thing that I was frustrated with was, I spent some time far away from home, I didn’t know anyone local to attend the theatre with. So I hated the fact that, even if I did enjoy the show — if you don’t come with someone, we don’t really have permission or have a culture of debriefing what’s happening. I could be watching a play that has me completely shattered to the point of tears, and be audibly weeping, and it’s, like, you and I, Lydia, if we didn’t know each other at the show, we might, at most, be like, Wow, that was so good, but I don’t get to talk to you about what I’m connected to and why I’m weeping.

Then let's say you went to the same theatre production on a different night from the night I went. You might be like, Oh, this is the monologue you’re talking about? The actor was not connected on that scene. I didn’t have that same experience. That’s the beauty of live theatre, that every time it’s different. But that also is the challenge. If I want to share in this experience and connect with someone via this experience, how does that happen?

So I put all these parameters together. I wanted to create something where the audience can eat and drink, you have to use your phone, and you have to talk to the person next to you, and ultimately, it shouldn’t be a hard sell for my friends.

What are some other favorite past projects you've done?

We also did a private event for an international liquor brand at their offices. It was for Black History Month. They had a full bar in their office, and they told us they always had happy hours to celebrate different months, bringing in a DJ and a caterer, but they wanted to do something different. As part of doing something different, they wanted to learn about the sort of stuff that would normally show up in a slide deck — demographics, that sort of thing. So we focused on the legacy of Black female bar owners and developed a fictional Black bar in Baltimore with a fictional award. We drew on speakeasy history and Civil Rights history. The idea of the event was that the bar owner was going to be onsite receiving the award. Internally at the company, they thought it was a real bar and a real award leading up to the event — we even had an interview in their internal employee newsletter. We wanted it to feel real. It was an interesting dance between commerce and art. After the event we let them know it wasn’t real.

Going back to my early history — my first degree, which I got at Howard University, was theatre arts with a concentration in musical theatre performance. My senior thesis at Howard was an all-Black production of the Stephen Sondheim musical "Sweeney Todd: The Demon Barber of Fleet Street." The first time I created immersive work was while working with Nia Barge, a Howard and grad school classmate of mine and poet.  Prior to that I’d seen some immersive work, but it didn’t feel immediate or real — I thought it was really avant-garde, art for art’s sake, no gravitas. Her production was an interactive cabaret with spoken word poetry, a birthday party with a cake and everything, in a nightclub in East London, and it was the first time I saw real interaction with the audience combined with really beautiful art.

What inspires you right now?

I've been looking at old things that are new to me. Harry Belafonte and Lina Horne recorded a version of George Gershwin's "Porgy and Bess" that is hella old [1959], but it’s new to me. What I really enjoy about encountering these older things is you get to see stuff that was already happening, but the world wasn’t ready to embrace it.

Miquela [a fake Instagram star with millions of followers, who was created by a digital media agency] is interesting and insane. Once she started talking, I was like, “This has gone too far,” but we’re just scratching the surface with that.

I’m completely over everyone going live on Instagram. It’s a glut of bad content. One of the difficult things about being an artist is that people don’t always understand how hard you work — the late nights, the emotional toll of being constantly rejected. A lot of people think an art career would be an escape from the humdrum of their lives, and they also think it can’t be hard because good artists make it look effortless. So now everybody has time and is putting stuff out there. That’s one of the downsides of access.

Before lockdown, I was paying a lot of attention to these quote-unquote Instagram museums, where people pay to go take Instagram photos. [Editor's Note: This interview took place during the coronavirus lockdown.] I am trying to interrogate and understand what those spaces connect to in people, that they'll go spend $30 to basically walk through a series of backdrops.

"I dream a simple dream, one where Black lives matter. In the arts and creative industries this means giving us the latitude to explore the full realm of our experience, to make mistakes, to be bold and wild and daring and whatever else we imagine."

A while back I was obsessed with YouTube videos — YouTube tutorials and just people that make dumb videos on YouTube. I’m really into beauty vloggers. I don’t wear makeup aside from skincare products, but I will watch a whole two hours’ worth of makeup reviews. Naomi Campbell now has a YouTube channel! She does makeup on YouTube. The irony of the fact that one of the biggest models who has ever lived has now found her way into that world, when before it was all about people starting in that world to try to become her — now it’s, like, a feedback circle.

I dream a simple dream, one where Black lives matter. In the arts and creative industries this means giving us the latitude to explore the full realm of our experience, to make mistakes, to be bold and wild and daring and whatever else we imagine. On a more technical and less sociopolitical level, I want to see an art world where cell phones are better integrated into live experiences. At concerts when people record on their cell phones, they have to disengage with the moment in order to record the moment. I attend performances where I wrestle with: Do I want to stay in the moment and take this in or record it? So I want to see phone tech more integrated into the experience.

What are some links where people can learn more about you?

I'm currently doing a monthlong exploration of Black gay characters in film and TV on my instagram. It's on my page, @rhinestonestair, and via the hashtag #blackgayandonscreen.